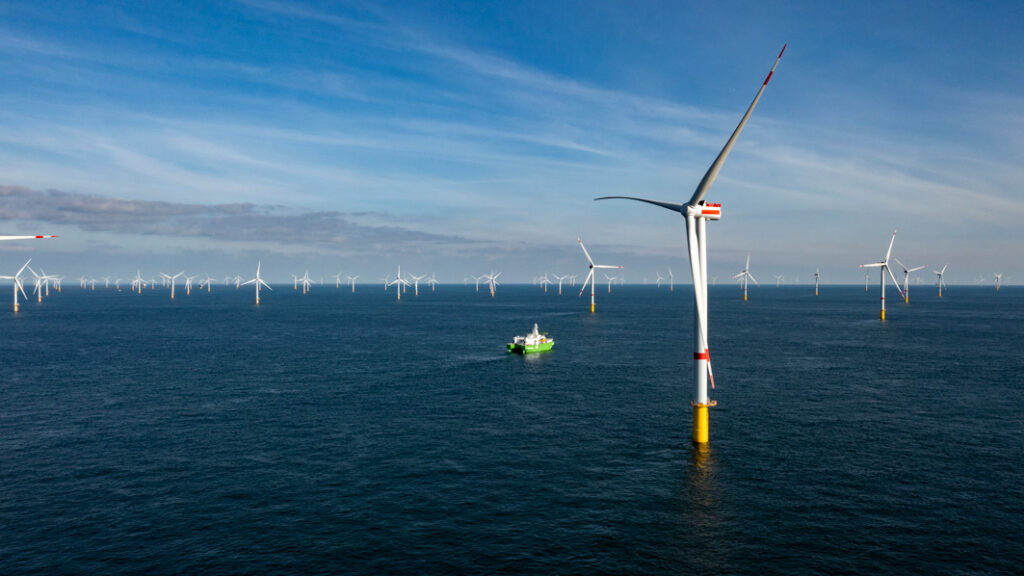 Ocean Winds and Bord na Móna today launched a major new offshore wind partnership at an event with Leo Varadkar, Tánaiste and Minister for Enterprise, Trade and Employment in Dublin.

The joint venture initially incorporates two potential projects, Réalt na Mara, off the coast of Dublin and Wicklow, and Celtic Horizon, off the coast of Wexford and Waterford. Engagement on both projects with local communities, stakeholders and the fishing industry is currently underway. The projects have the potential to generate up to 2.3 GW Gigawatts (GW) of clean and renewable electricity to power up to 2.1 million homes by 2030. By reducing Ireland’s reliance on gas and oil it will also help safeguard Irish communities from global energy price fluctuations.

Ocean Winds, energy leaders ENGIE and EDPR’s joint venture dedicate to offshore wind energy, brings a track record of experience to help develop the offshore renewable industry in Ireland, with a current portfolio of 14 offshore wind farms in 7 countries, with a 14.6 GW of gross capacity, including 1.5 GW already in operation.

Leo Varadkar, Tánaiste and Minister for Enterprise, Trade and Employment commented,“The Irish Government recognises our geographic and climate advantages in terms of wind energy and is developing public policy proposals to support this. This joint venture is a momentous step towards our commitment to produce most of our electricity from renewable sources – up to 80% – by 2030. It also marks a new chapter in Bord na Móna’s 90-year history in supplying energy to local communities across the island. Ocean Winds’ international expertise and record of accomplishment is supporting Ireland to increase its offshore wind capacity. I look forward to this partnership helping to ensure a secure, sustainable, and cost-effective energy future for Ireland.”

Ossian Smyth, Minister of State with responsibility for Public Procurement and eGovernment at the Department of Public Expenditure and Reform said, “Today’s launch is a significant step for Bord na Móna in terms of their transition to a leading climate solutions company and supporting and delivering Ireland’s objective, to become carbon neutral by 2050.  Ireland, and indeed Bord na Móna, has a great track record of building on shore, now we prove our capabilities offshore. Between creating employment, and providing secure, sustainable and cheaper electricity – the scale and potential benefit to our country is beyond compare. Bord na Móna is repeatedly proving itself to be very much “More than Móna”.

Also speaking at the launch, Grzegorz Gorski, COO of Ocean Winds said, “Ocean Winds is delighted to announce this joint venture today with Bord na Móna which we believe is the perfect pairing of our international expertise with Bord na Móna’s long history working in local communities in Ireland. We look forward to forging a long-term relationship with Bord na Móna to support Ireland in its bid to harness its natural wind resources for a cleaner and more sustainable energy future.”

He added, “By working closely with local stakeholders OW aims to bring together communities and to support their development through ongoing engagement and investment with more than a decade’s experience, OW has a strong track record of using our strength as global leaders in the renewables sector to create opportunities for local companies who want to expand and diversify into the emerging offshore wind sector.”

Bord na Móna Chief Executive Tom Donnellan said “Today we are making a giant leap forward towards energy independence for Ireland. Bord na Móna has always been a cornerstone of Irish energy security. We have been developing renewable energy infrastructure since the early 1990s working with communities to deliver a range of lasting local and regional benefits. Ocean Winds bring an incredible wealth of experience in developing and delivering offshore energy from around the globe. Together we will ensure that Ireland’s vast untapped reservoir of offshore energy will be harnessed for the good of Irish society, the economy and the planet. The projects we will develop will be of such a large scale that Ireland will be able to rely on Irish energy sources and massively reduce dependence on foreign pollutants including gas and oil”. 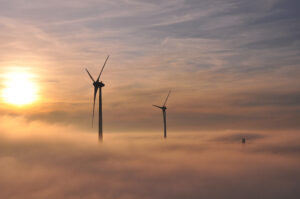 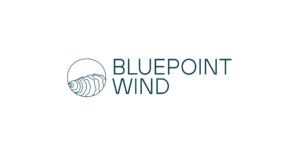 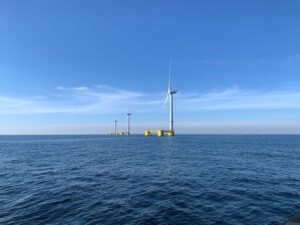 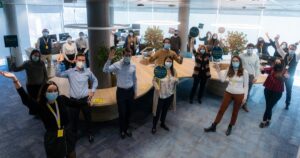 Ocean Winds is the first Spanish Renewable energy company specialized in Offshore wind, to obtain the Certification of a Great Place to Work during a pandemic 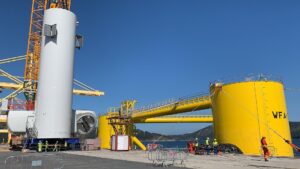 Windfloat Atlantic. The Success of the Innovation.