Mr Rodriguez was appointed as CEO of Ocean Winds in December 2021. He was born in Lugo de Llanera (Asturias, Spain) in 1961. He is an Industrial Engineer, Electrical Specialist, Electronics and Automation from University of Oviedo. He completed the Superior General Management Program at the European School of Business Administration, as well at the Advanced Management Program at IESE.

He began his professional career in 1988 at Electricité of France in Lille (France) within Commet Project of European Union. In 1998 he joined Hidroelectrica del Cantabrico, as Head of Planning of the Transmission and Distribution Network. Between 1999 and 2002, was Director of Planification and Clients of Hidrocantabrico Distribution, highlighting in this period his participation in regulatory matters like the Remuneration Model of Electrical Distribution Activity in Spain, or the development of new Distribution Electrical markets under a competitive environment. Between 2002 and 2007 he combined the position of Director of renewables and Network at Hidrocantabrico with Director of Construction at NEO (EDP Renewables).

Since 2008 he has developed his professional activity in EDPR, currently as Global Technical Director of EDP Renewables, and Board of Directors member of several subsidiaries and affiliates of the EDP and EDPR group in different countries. Since 2020 at Ocean Winds – a 50:50 offshore wind joint venture, owned and created by EDP Renewables and ENGIE – he is Board Member ( Director ), and CEO since December 2021.

Grzegorz Gorski, COO of Ocean Winds since inception of the company in 2020, has a Ph.D. in Environmental Engineering and followed numerous executive education management programs at INSEAD and LBS. He was a lecturer at Politechnika Slaska, (Silesian Technical University) and was founder and CEO of CITEC Ltd, which he later sold to Tractebel Engineering, remaining in the company for eight years. He then moved to energy, becaming first the CEO of Electrabel Polska and then head of the region and finally member of the Executive Committee of GDF Suez Energy Europe. He was appointed Executive Vice-President of Innovation, Marketing and New Business at ENGIE in 2014. In 2017 he became Managing Director of Centralized Power Generation at ENGIE where he was responsible for the fleet management of +100GW of renewable and thermal power assets globally as well as capital allocation.

Oscar has more than 10 years’ experience in offshore wind energy and more than 15 in negotiation positions. He has a strong technical and commercial background. During his career he has achieved strong credibility in delivering and executing contracting strategies and partnerships with supply chain, business insight and commercial resolution. As Project Director for Moray East, taking the project to a CfD award and financial close, he added strong project management capabilities and a profound knowledge of the entire offshore wind value chain, from development to equity and finance investors. He is an Aeronautical Engineer with an Executive MBA from the IE Business School and has been a part of the FIDIC group delivering the offshore wind FIDIC standard.

Rafael Munilla holds a degree in Law and Business Administration from Universidad Pontificia Comillas Madrid (ICADE E-3), and an MBA from IESE Business School. He joined Ocean Winds (OW) before inception being part of the core initial team, in OW Rafael was responsible of different areas within Business Development, highlighting responsibility of Bid Structuring department heading OW efforts in last offshore wind auctions. Before joining OW he worked in EDP Renováveis (EDPR), leading Regulation and Markets department for Europe, Brazil, and new geographies since 2011. Prior to joining EDPR he worked in Roland Berger Strategy Consultants mainly focused on energy projects. 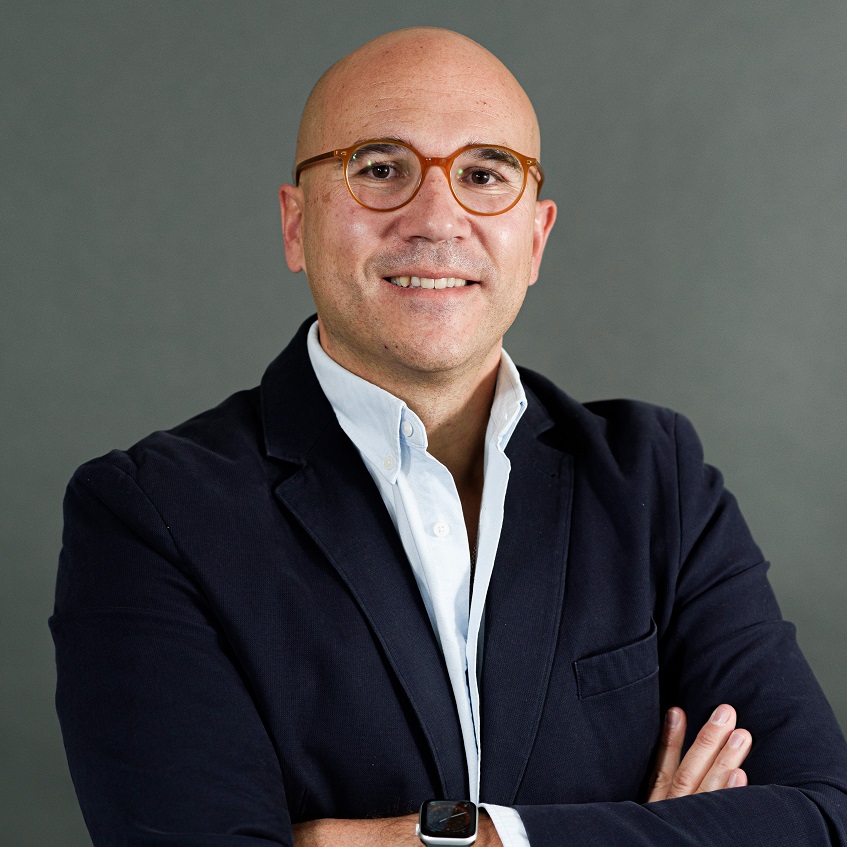 Gwendoline has developed her legal career and experience for the last 15 years at ENGIE group in several relevant positions and functions, mostly in the renewable sector, as Chief Legal, Ethics and Compliance Officer Renewables France at ENGIE since 2016 leading a team of circa 35 lawyers and for more than 6 years as Head of legal renewables energy Europe, Chief Legal Officer for Western Europe, and Senior Legal Counsel. She Joined ENGIE in 2006 from private practice, where she worked predominantly with the corporate & M&A team at Freshfields in Brussels and in London. She also held a lecturer position at the law faculty at the University of Louvain.
Matteo Maino,
Chief Financial Officer

Active in the energy infrastructure sector for more than 20 years, Matteo has managed several European transactions at Edison Mission Energy and Babcock and Brown, holding lead roles in project finance, M&A and principal investment. He spent two-and-a-half years as the CFO of clean tech start-up, Highview Power Storage, before joining ENGIE in 2012. He headed ENGIE’s UK and Irish business development activities in the energy infrastructure space. Matteo holds a Degree in Business Administration from the Bocconi University, Milan.